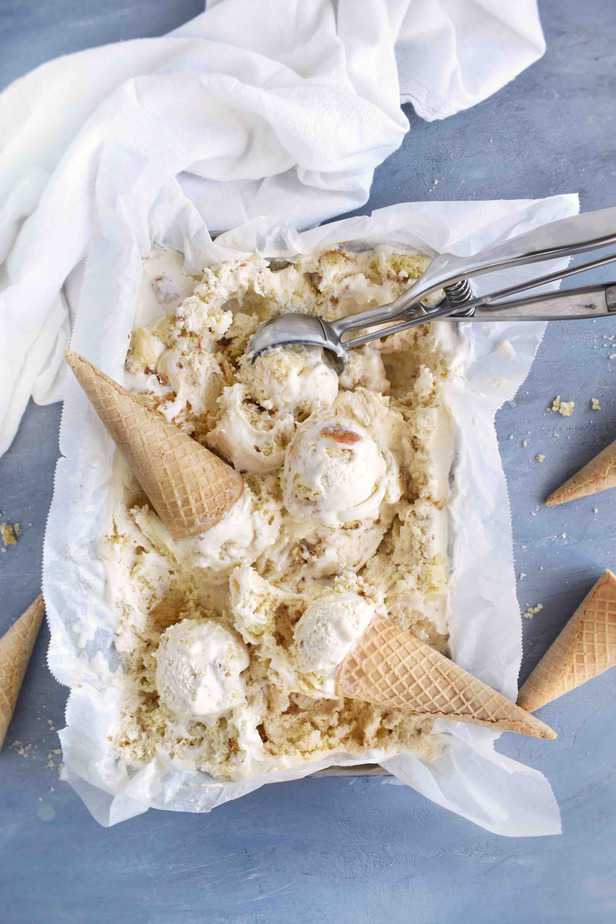 I first tried Jeni’s Splendid ice cream last summer when I was out in Washington, D.C. for a friend’s wedding. My mom and went in late one night and after sampling a couple of flavors we knew this was a magical place. The flavors were spot on and the ice cream was divine, truly artisanal ice cream! I settled on Gooey Butter Cake and Brown Butter Almond Brittle. But something about that Gooey butter cake just stuck with me, I NEEDED to make it! I tried the Gooey butter cake flavor again at Jeni’s Ice Creams in Nashville and it was amazing! I was a woman on a mission. I had to come up with my own copycat version of Jeni’s Gooey Butter Cake Ice Cream. 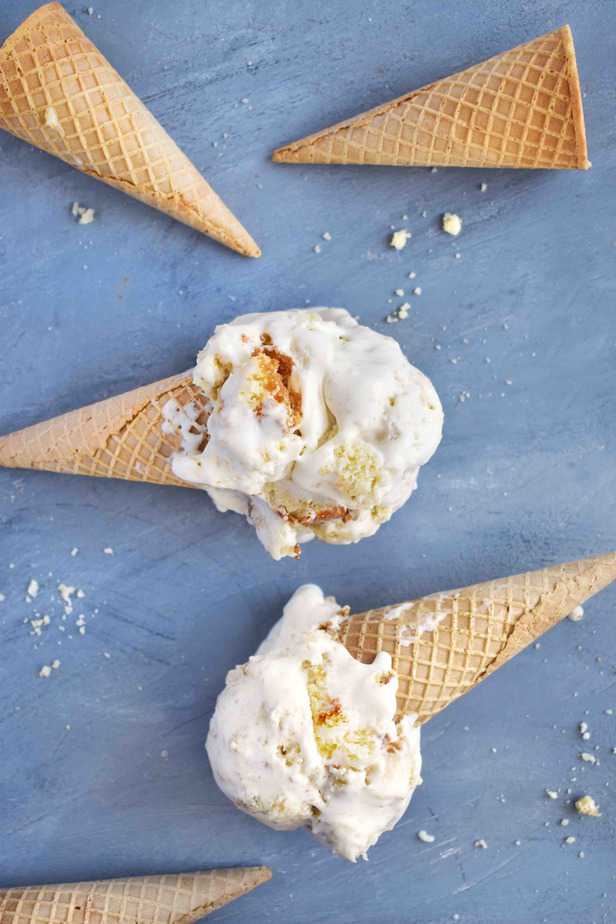 What is gooey butter cake?

If you’ve never had gooey butter cake, you are missing out! This dessert is a St. Louis classic! You take a yellow cake mix and mix it with butter to create a crust and top it with a sweet cream cheese filling. When it’s all baked up you’ve got this super rich ooey gooey butter cake deliciousness. If you’re itching to try it head over to my foodie friend Shugary Sweets for a simple gooey butter cake recipe!

Now my version is a little different. Now the two times I had it I could not really distinguish the caramel-butterscotch sauce, it seemed to blend into the ice cream. I made to cream cheese and brown butter ice cream base to really give that rich flavor that I tasted mimicking the cream cheese and caramel-butterscotch flavored ice cream. The cake bits in Jeni’s ice cream seemed very dense to me, so I chose to use a pound cake. 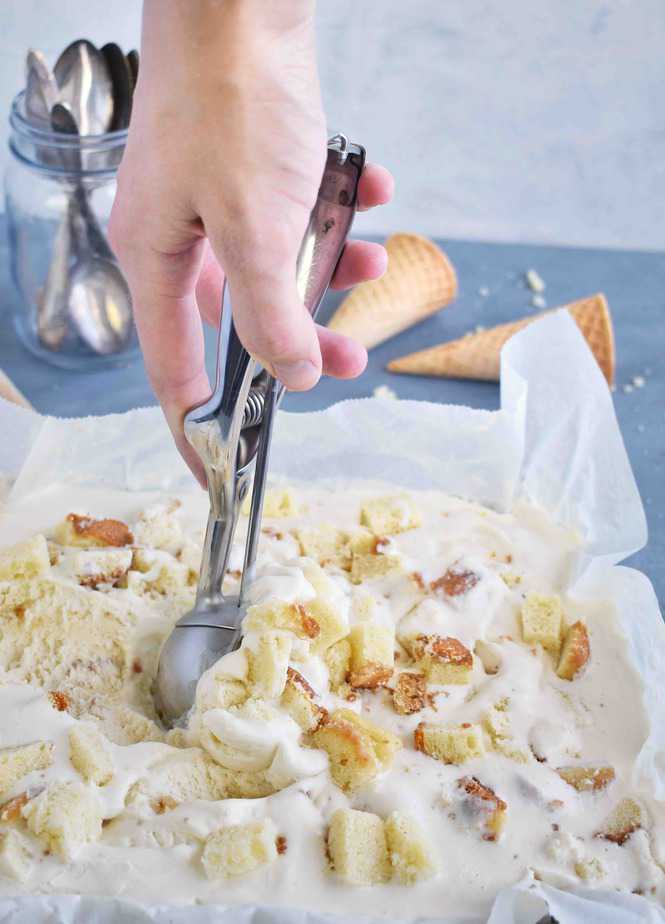 How Do you make Gooey Butter Cake Ice Cream? First you’ll start by browning some butter, browning butter is super easy, check out our How to Brown Butter post for all the tips and info!

The brown butter is going to give the ice cream base that rich buttery flavor, while also adding a richer toffee flavor that Jeni’s ice cream gets by adding the butterscotch-caramel, but this is BETTER, I promise! You want your butter to be this deep golden brown color.

Then you’ll add your milk, cream, and sugar to a saucepan and heat until warm. You’ll temper the egg yolk into the mixture—technically because this recipe has eggs in it this is a custard! The eggs make this ice cream (or custard if you want to be technically correct) extra rich!

In case this ice cream wasn’t rich enough, you’ll pour your custard into blender and add in your brown butter and your cream cheese. Then blend it up until completely smooth! This is called emulsifying! Because we have butter in this mixture, we don’t want it to separate and have oily bits floating around. We really want this mixture to be smooth, creamy, and stay all together! 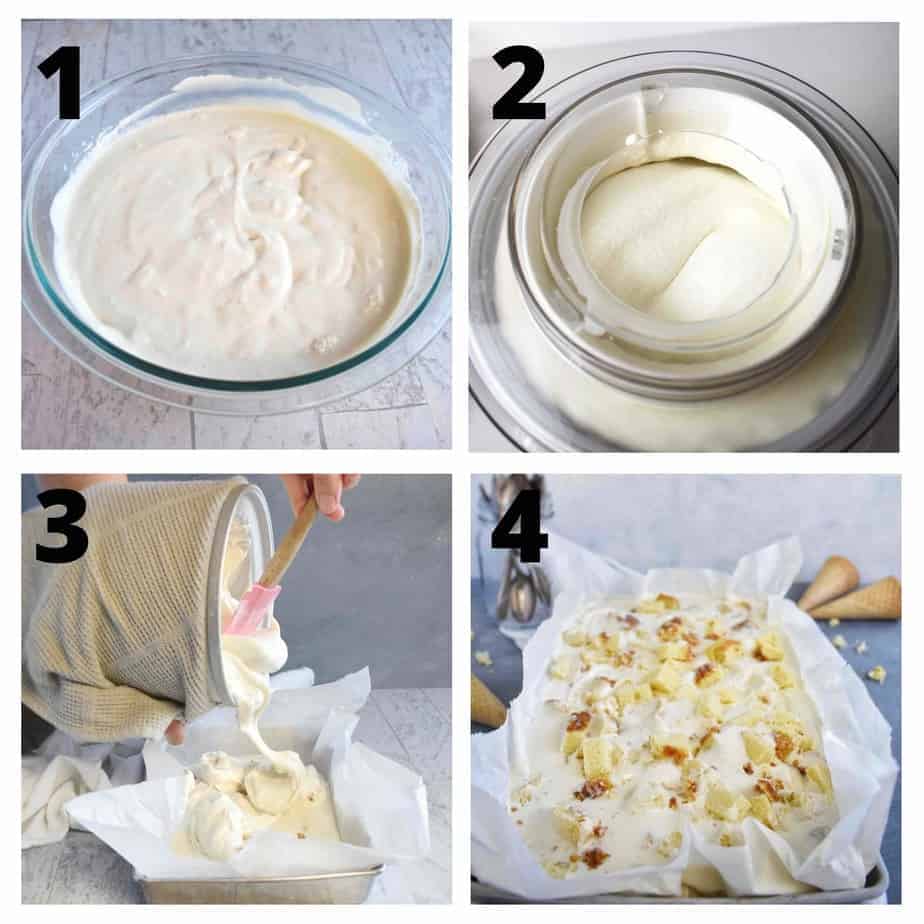 3) Chill your ice cream base before churning

Before you can put your mixture into the ice cream maker you need to chill it down completely. Once this is cool, you’ll see that the texture is like a pudding or even a flan.

Then you’ll put it in your ice cream maker according to the manufacturer’s instructions and let that baby churn! When it churns a lot of air will get whipped into your custard so instead of being thick and gloopy, it will be light and creamy!

Then, stir in your cake bits and then freeze that baby up! I know it’s tempting to just eat the ice cream right out of the ice cream maker but have patience! Okay, just one little taste… But THEN put it in the freezer to freeze until hard. I promise its so much better when really frozen. 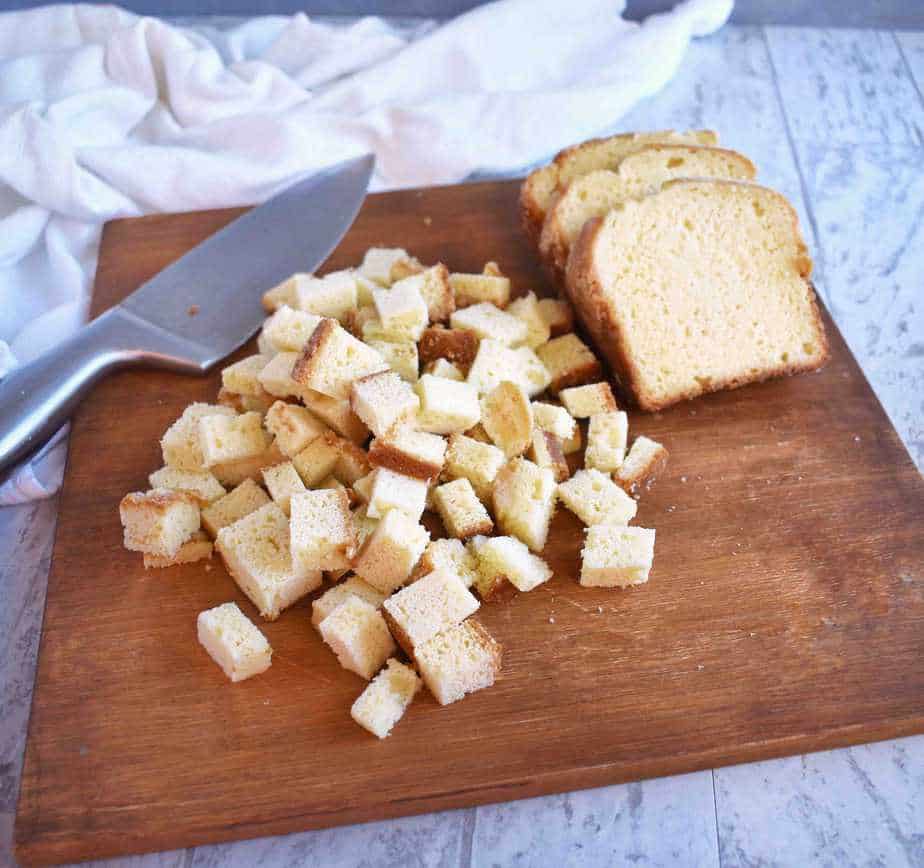 What if my ice cream maker is too small to mix in the cake chunks? 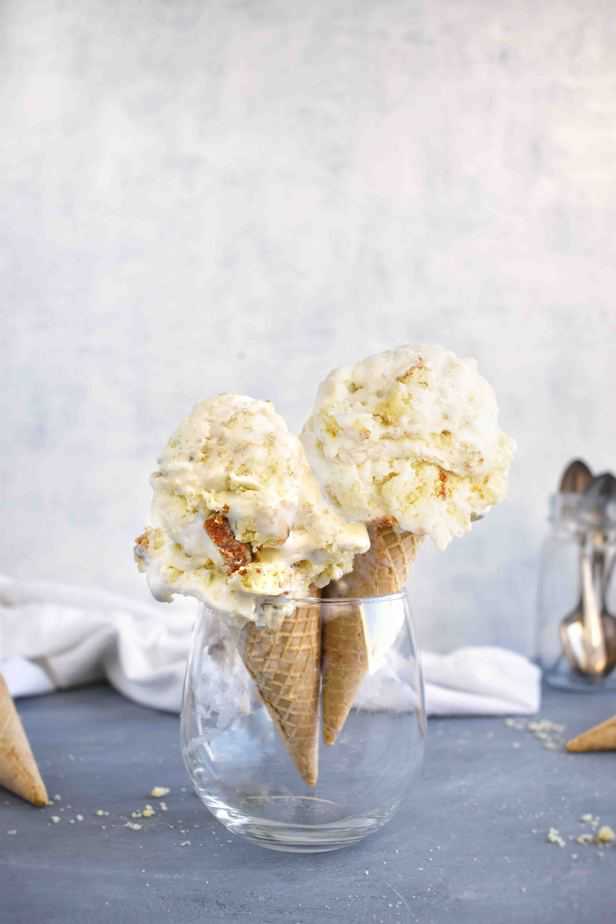 Do I need to make the pound cake from scratch?

Love ice cream but don't have an ice cream maker? Try these NO CHURN recipes! 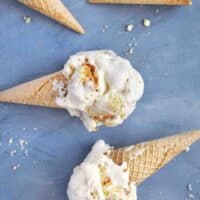