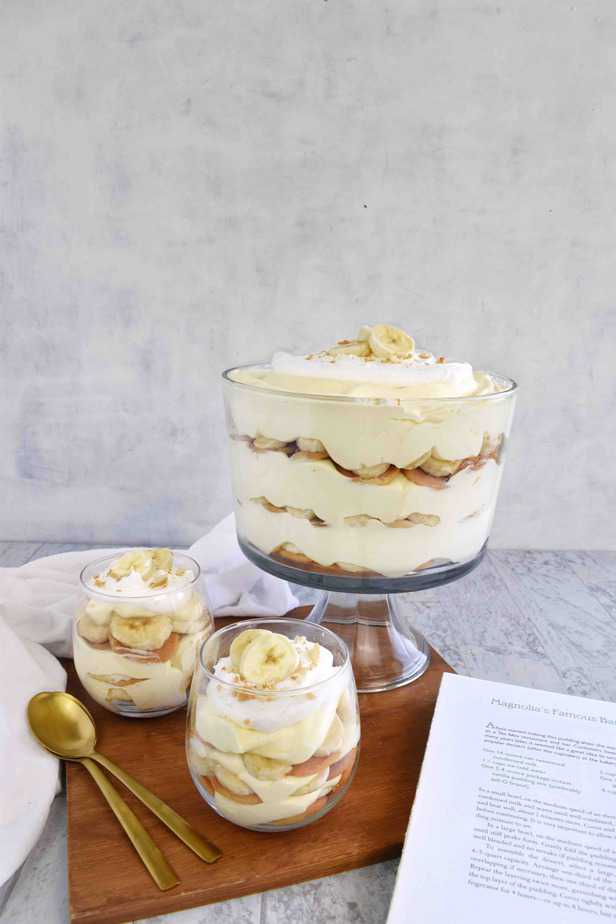 Magnolia Bakery Banana Pudding has layers of Nilla wafers, sliced bananas, and rich vanilla pudding! This is the real recipe, straight from their cookbook. And let me just say, the hype is REAL.

What is Magnolia Bakery?

Magnolia Bakery is an icon in New York City! It’s been around since 1996 and is famous for their classic American desserts, including this incredible banana pudding. They now have locations all over New York City, and also have locations in Los Angeles, Chicago, Boston, and Washington, D.C.

I first had Magnolia Bakery’s banana pudding when I was visiting New York years ago. I had heard all about it and being the foodie I am, knew I had to try it. I’ll be honest, I was a little skeptical, but one bite and I was eating shoveling all doubts aside as fast as I could shovel that pudding into my mouth.

I purchased their cookbook as soon as I got home and was pretty surprised to see that their ingredients listed instant pudding mix. But don’t let it throw you, I’ve turned many doubters into believers. Trust me, there is nothing instant pudding tasting about Magnolia Bakery banana pudding once you’ve got an entire can of sweetened condensed milk and three cups of whipped cream folded in!

Buy their cookbook! So many delicious recipes inside! 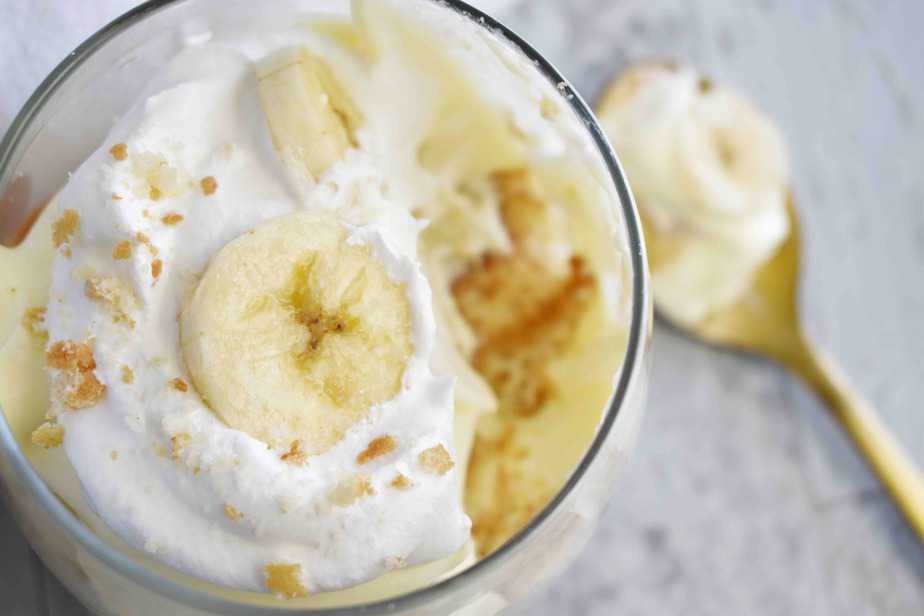 Plan ahead: Give yourself enough time!

This recipe is super simple, but it does require some time to chill at different stages. So read through the instructions ahead of time, and plan accordingly.

It takes 3-4 hours for the pudding to set up before adding in the whipped cream and then the whole thing needs to chill for at least 4 hours once assembled. You really do want to let the whole banana pudding chill so the Nilla wafers have time to get nice and cakey. If you’re thinking, but the crunch sounds good . . . trust me on this. It’s amazing just the way they do it.

The pudding setting up properly and then chilling the entire thing are essential, so don’t think you can scrimp on it!

VIDEO: Watch us make it! 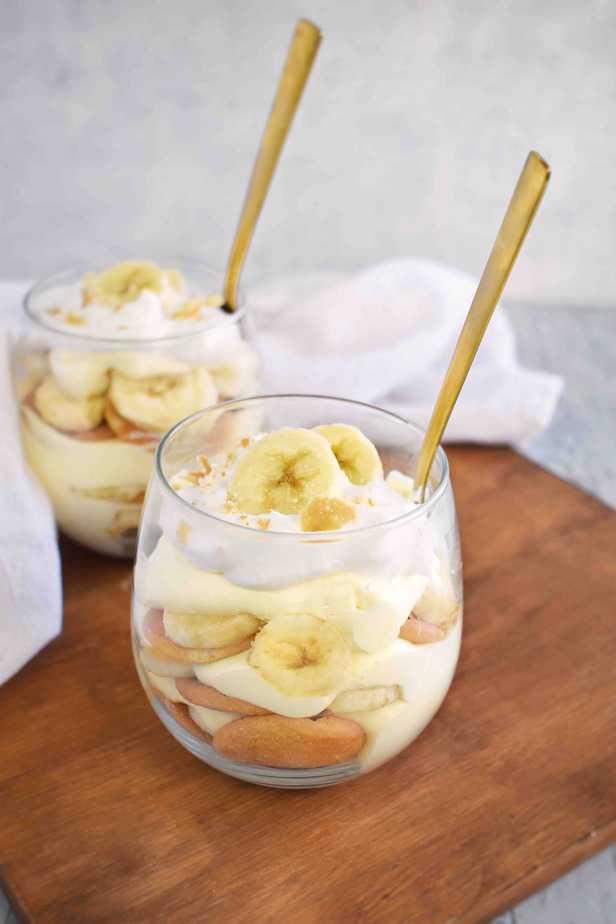 The secret to keeping your bananas from browning

We’ve all seen it, we’ve all been there, we’ve all picked around the brown looking banana in the fruit salad. The thing about bananas is, once they are exposed to the air they start oxidizing immediately! Oxidizing, meaning, start turning brown. So what can we do to help keep our bananas as fresh looking as possible?

If your bananas are already brown on the outside, then they are clearly going to be mushier and brown quicker! So pick bananas that have some green on their stems.

Limit their exposure to the air

Like we said above, bananas start oxidizing as soon as they are exposed to the air. So don’t slice your bananas and then leave them out for hours waiting to be assembled. Slice them right before you are about to use them.

Brush them with juice

If you brush your bananas with a little lemon juice, apple juice, or even pineapple juice, this will help keep the bananas looking fresher! That little layer of juice helps protect the bananas from the air and slows the browning process. 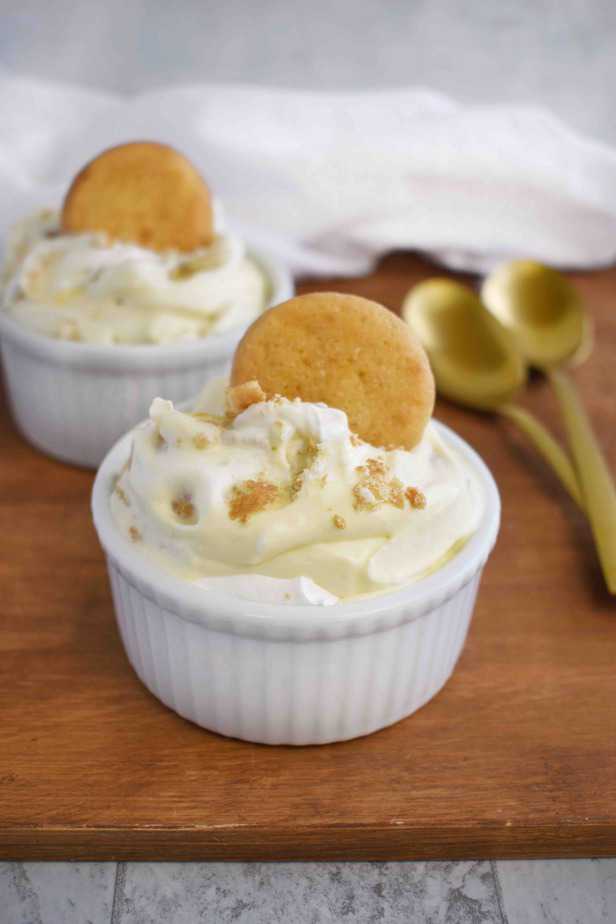 How to serve it: what kind of container should I put it in?

You can either assemble this banana pudding in a large trifle bowl and serve people from the large bowl, or you can make it in individual serving cups or bowls. Totally up to you! I have pictures in this post showing three different ways—trifle bowl, glass cups, and small white bowls. I have to say, my favorite look has be something in a clear glass or plastic container so you can see all the beautiful layers! 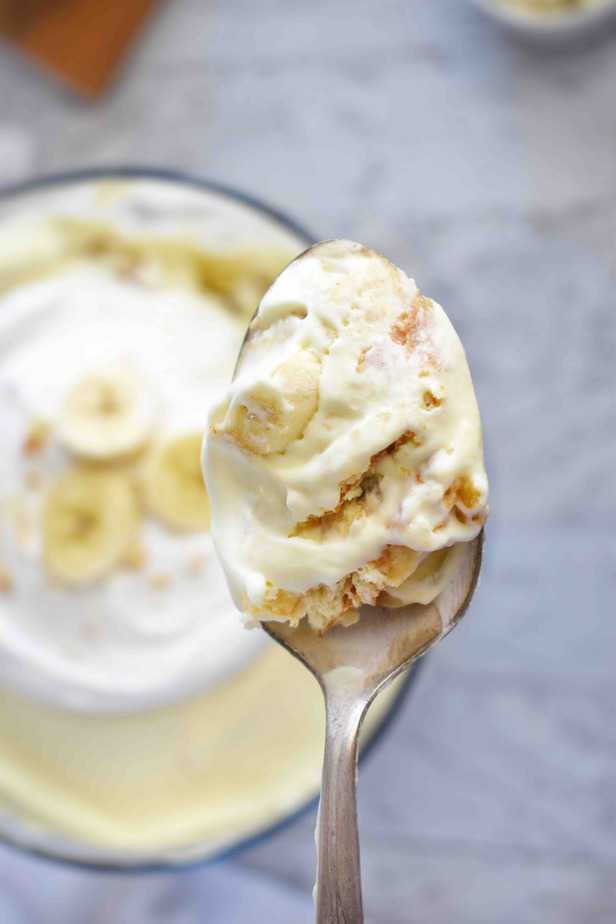 How long does the banana pudding last?

Magnolia Bakery  banana pudding is best eaten within 48 hours as the bananas will start to brown and get soft. I’ve eaten this pudding 4 days after I made it and it was still delicious but the bananas were not at their peak anymore. So definitely try to eat it all within 48 hours, it’s not hard, I promise!

If you like this, we know you'll love these other recipes too! Check them out: 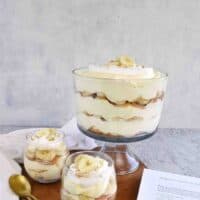